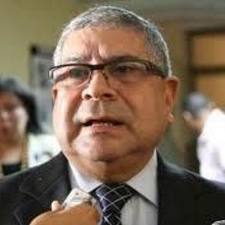 Readers who have questioned the accuracy of my statements that the rule of law no longer exists in Venezuela now have positive proof that this is true. Supreme Court Justice Eladio Ramón Aponte Aponte has defected to the United States, and in interviews that he gave in Miami to local media, confimed the bitter truth: criminal cases are directly manipulated by senior officials in the Chavez regime. Aponte was flown to the United States from Costa Rica, where he had taken refuge after a major drug trafficker, Walid Makled, linked him to senior leaders involved in drug trafficking.

Here is a brief summary of the statements made in his televised interview:

(1)  Aponte, as Supreme Court judge with responsibility for the criminal courts, was the direct supervisor of all criminal cases in the country. He received direct orders, from Venezuelan President Hugo Chavez Frias, to "manipulate judicial proceedings" resulting in convictions of opponents of the regime, literally eliminating the rule of law.

(2) Other senior Venezuelan officials, including General Henry Rangel Silva, the Minister of Defence, and Major General Hugo Carvajal, then the head of the Military Intelligence Directorate (DIM), also gave him orders to fix cases. Both of these officials have been named as Specially Designated Narcotics Trafficking Kingpins (SDNTK) by the US Department of the Treasury, Office of Foreign Assets Control (OFAC), due to their ties to drug trafficking with the designated Colombian terrorist group, the Revolutionary Armed Force of Colombia, the FARC.

(3) All political prisoners incarcerated in Venezuela's prisons and jails are there due to orders of Hugo Chavez, demanding that they be imprisoned indefinitely, without trial or due process.

(4) Aponte, who asserts that he has irrefutable evidence of  drug trafficking by senior Venezuelan military officers and high-ranking government leaders, says that he was told to use his powers to release military officers caught in the act with drugs, and to actually safeguard drug shipments in transit through Venezuela.

(5) Drug traffickers who are arrested are often ordered released, due to the fact that their criminal activities have the approval of government officials and colonels and generals in the Venezuelan military. Remember, when Makled was first arrested, in Colombia, he gave an interview to US media, where he stated that dozens of senior Venezuelan National Guard officers were involved in drug trafficking, and in taking bribes to allow such activities to continue unhindered.

According to Venezuelan media, a Venezuelan general who reportedly also was planning to defect to the United States, Gen. Wilmer Antonio Moreno, was assassinated this week. 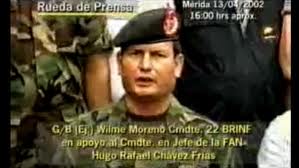 Therefore, international bankers and businessmen who have financial exposure in Venezuela will not only fail to get justice in Venezuela, should they pursue a civil claim in the court system against businessmen who are allied with the government, you could also suffer arrest and indefinite imprisonment on spurious charges, especially if you are doing business with individuals who oppose the regime. Bottom line, anyone who does not classify Venezuela as extremely high risk, for country risk purposes, is fooling only themselves.