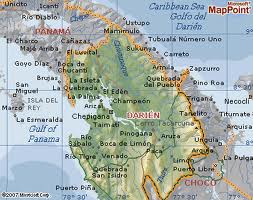 Hezbollah, the Lebanese-based radical Shiite organisation that the United States classifies as a Specially Designated Global Terrorist group (SDGT), has been utilising Panama's remote, densely forested Darién Province for the military training of recruits, according to local Panamanian sources, and the President of the country has been accused of ignoring residents' calls for an investigation by the Panama Public Forces.

Hezbollah, which is engaged in fundraising throughout Latin America, amongst expatriate Lebanese, has already obtained a foothold in the region, through an organisation that calls itself Hezbollah Venezuela, and it is believed that there is a working relationship between the Venezuelan branch, and terrorist and narco-trafficking groups operating inside Colombia. Darién province has long been a refuge for the FARC, as it is out of bounds for the Colombian armed forces; the region is known as a transit area for smuggling of a wide variety of products, legal and illegal, and Panama's lack of a standing army since 1990 makes policing the rural province virtually impossible.

Whether this training programme is being conducted to prepare Hezbollah agents for future military or terrorist action somewhere in Latin America is unknown, but in light of the fact that there is already a growing Hezbollah influence in the region, this additional capability is disturbing, particularly in Panama, which cannot field a force able to oppose any such armed group.

Will Panama's president handle this challenge, or simply ignore the problem ? We cannot say, but given Hezbollah's destabilising history in Lebanon, a solution needs to be found.