The United States Attorney in Fort Lauderdale, Florida has filed a Criminal Information* against Attorney Steven Lippman, who was a shareholder (law partner) of convicted billion dollar Ponzi schemer Scott Rothstein, charging that Lippman assisted Rothstein perpetrate his massive scheme. Rothstein sold investors financial participation in settlements of employment discrimination and sexual harassment cases that did not exist. The "cases" were ostensibly being handled by lawyers in his firm, the now-defunct Rothstein Rosenfeldt Adler 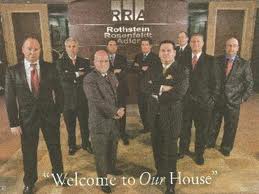 Whilst charging a single count of Conspiracy to Defraud the United States, the Information recites three separate tactics that Lippman engaged in, in support to Rothstein's bogus investment programme:

(1) Violation of the Federal Election Campaign Act, by improperly bundling, and submitting contributions to the 2008 McCain Presidential Campaign, himself and through third parties. The object was to increase Rothstein's political power and influence; he later became a delegate to the 2008 Republican National Convention.

(2) Kiting cheques; Lippman sent worthless cheques, totaling over $10m, to Rothstein firm accounts, which were later made good by deposits from Rothstein. The object of this activity was to make it appear that Rothstein's law firm was very successful, with a large cash flow.

(3) Defrauding the IRS; Lippman received reimbursement for personal expenses unconnected to the law firm, which were listed as office expenses. He evaded taxes upon concealed income that exceeded $500,000 .

A waiver of a Grand Jury Indictment was apparently executed by Lippman's counsel, and the filing of an Information is generally a signal that the Defendant is cooperating with the authorities. the docket reveals that a change of plea hearing has already been set for 11 May, which confirms that presumption.

The maximum sentence in this single-count case is five years' imprisonment.