WHAT ABOUT VIKTOR BOUT'S OTHER CASE ?

If you closely followed the saga of the US Government's efforts to extradite Viktor Bout from Thailand, you will recall that there was a second case, a new Indictment, unsealed after the Thai Court rejected the American request for extradition. Why is this case being ignored ?

(1) Conspiracy to Violate the International Emergency Economic Powers Act (IEEPA); alleging all the arms shipments to African nations and regimes under United Nations and/or US OFAC sanctions.

(2) Money Laundering Conspiracy; international wire transfers in and out of the United States in connection with sanctioned entities, including attempted purchases for aircraft.

(3) Wire Fraud; use of modes of international communication in operations in violation of sanctions.

I know, US law prohibits the government from prosecuting Bout for anything other than the case for which he was extradited, meaning that this case, as to Bout, cannot move forward, but what about his codefendant, alleged by the government to be Bout's Chief Financial Officer, Richard Ammar Chichakli. 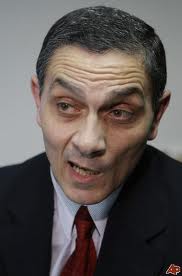 Chichakli, who is alleged to be a "close associate of Viktor Bout ... assisting in the operations and financial management of Bout's network of companies." If the government can prove that Chichakli was Bout's money launderer, why is there no public effort to secure his extradition from Russia, where he has reportedly taken refuge, and where he is available to the media.