The United States Attorney in New York has filed a lengthy sentencing memorandum, with extensive legal citations to authorities, asking the trial judge* to sentence convicted terrorist arms dealer Viktor Bout to Life in Federal Prison. Calling Bout "among the world's most successful and sophisticated arms traffickers, government prosecutors argue that even the 25-year minimum mandatory sentence imposed for the surface-to-air missile count is insufficient for an individual who intended to be the "one stop arms supplier, transporter, military instructor and money launderer" for the FARC. 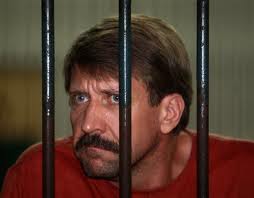 Note to readers: there are seven prior articles about the Bout case in this blog. You can access them by typing his name into the white search enquiry box in the upper left-hand corner of this page.