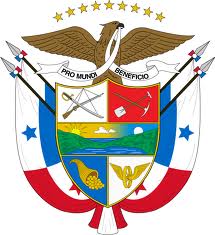 A recent short article in Panama in La Prensa  has exposed an ongoing money laundering investigation targeting a senior Panamanian minister, who allegedly has been associated with Venezuelan nationals involved in narcotics trafficking. The investigation, which is not being conducted by Panamanian law enforcement, but by an American law enforcement agency, could result in the indictment of the minister in the United States. Money Laundering carries a maximum penalty of twenty years in Federal Prison, plus a maximum fine of $500,000. Since Parole has been abolished in the US Federal penal system, a twenty years sentence means a minimum of seventeen years of incarceration.

Whether this investigation is linked to reports that there is a substantial flow of illicit funds into a Panamanian bank, which is reportedly then laundered by converting in into stored value cards, each worth up to $25,000, which are then transported to Venezuela, is unconfirmed, but a number of Panamanian officials at the ministerial level have been forced to resign in the past, when criminal conduct has been exposed.

Will the United States Government ask for the minister's extradition, to face justice in America, and if so, will there be other Panamanians charged ?
Posted by Kenneth Rijock at Thursday, April 12, 2012