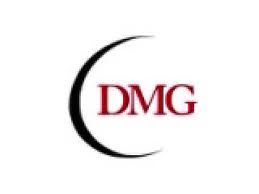 We all think we know the story of convicted Colombian Ponzi schemer David Murcia Guzmán, the"Madoff of Colombia." A thirty year sentence was imposed upon him in Colombia, and he was then extradited and convicted in the United States, for his prepaid debit-card scheme, DMG. The backstory, however, is much more sinister than what has appeared in the mainstream press. It raises a number of legal issues, all connected to systemic corruption in Panama. 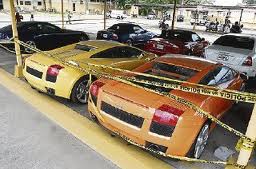 Upon his arrest in Panama, all of Guzmán's Panama real estate, and personal property, was seized by the Government of Panama. You can see some of the luxury cars in the photograph above. Whilst there is not a complete list available to the public, these items were known to have been seized: 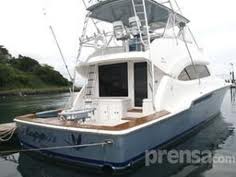 Guzmán was later charged with money laundering in Panama, but these charges were later reported as dismissed in 2010. The allegations were that DMG was laundering drug profits for The Valle de Norte Cartel and the FARC.

Other allegations later surfaced linking Guzmán to the Colombian Paramilitaries, the Autodefensas (AUC). Why the case was dismissed, in light of the Colombian and American convictions, is unclear, but judicial corruption in Panama is widespread, and Guzmán had access to millions stolen in the Ponzi scheme. Were bribes paid ? We cannot say, but something is definitely wrong here.. 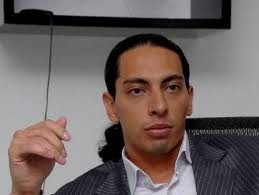 The seized property has never been returned, notwithstanding efforts by Guzmán's attorneys over the past few years, to recover it through the courts. The chances of recovery appear slim, especially since a subsequent criminal charge of Illegal Money Collection was filed fifteen months after the crime allegedly occurred, action that some legal authorities believe was filed too late under Panamanian law.

Additionally, Guzmán reportedly delivered $800,000 to President Martinelli's supermarket chain, to be used to create debit cards for customers. This money has never been accounted for. Was Guzmán's connection to Martinelli* the reason that his Panama case was dismissed ? 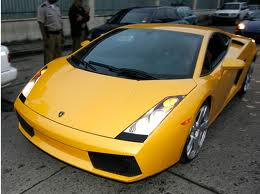 Where are all of Guzmán's assets ? Inasmuch as the money laundering charges were dismissed two years ago, the law requires that it all be returned. Some of the automobiles were auctioned off, and others have been reportedly been seen on Panama's roads, being driven by some of the country;s ministers. There needs to be an accounting of the cash, the real estate, and the personal property.

Guzmán is believed to be cooperating with US law enforcement agencies, in an effort to render what is referred to as "Substantial Assistance."Whether this results in an investigation of senior Panamanian government officials is unknown, but the question remains: who has Guzmán's millions, who profited from the sale of his real estate ( yes, he owned corporations with Bearer Shares), who is driving all those luxury sports cars, and where does Martinelli figure in all this corruption ? 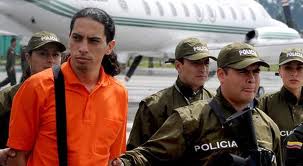