AVOID EQUATORIAL GUINEA FROM NOW ON 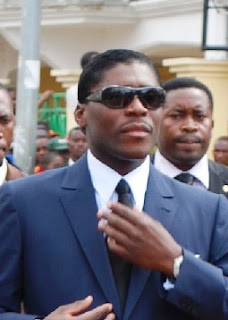 Threats recently made against France, from the Government of Equatorial Guinea, intended to derail a major corruption and money laundering investigation against its President's son, mean that anyone who has any amount of financial or business exposure in that oil-rich, but utterly corrupt, West African nation, had better pull out immediately, and anyone whose clients are considering any venture there should be advised that risk levels have now reached extraordinary levels. In plain English, stay out of Equatorial Guinea.

Here's how this dangerous situation came about:

(1) Readers of this column are aware that the "prince," Teodoro Nguema Obiang Mangue, the son of the sitting president, is reputed to acquired and stolen assets, worth billions of Euros, notwithstanding his small annual salary as Minister of Agriculture. He is reported to be a primary target of the US Department of Justice Kleptocracy Asset Recovery Initiative.

(2) US law enforcement seized his $30m Malibu mansion, and are looking to seize his G-V business jet last year, arguing that the assets were purchased with the proceeds of corruption. A $70m Forfeiture action was brought against him.* His million-dollar Michael Jackson memorabilia collection was also seized.

(3) The French Police in Paris seized 16 luxury "supercars" from Mangue in a money laundering investigation**. An arrest warrant has now been issued in that case. A civil suit was previously filed, and is pending, in France, brought by Transparency International. Mangue allegedly used misappropriated funds to acquire assets in France. He also allegedly acquired real estate in France by fraudulent means.

(4) The Government of Equatorial Guinea has stated, in public, that it "reserves the right to reciprocate," after the arrest warrant was issued. This is a direct threat against French officials and nationals, especially those who are in Equatorial Guinea at this time.

(5) The EQ Government also stated that the civil suit would "rupture relations" between the two countries, and that French companies would be targeted. 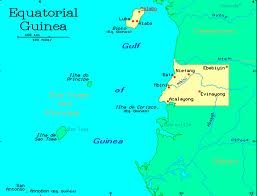 When officials speaking for a sovereign government make pointed threats, at those who seek to abolish international corruption by Politically Exposed Persons (PEPS), then all bets are off. Nobody should counsel any client to have any sort of transaction or exposure with Equatorial Guinea, lest his assets, or the client himself, risk total and complete losses. The term banana republic doesn't even come close to a dictatorship where a 24-year old favoured son can steal billions of Euros that belong to the people of that country, an oil nation whose greedy corrupt leaders will not share with the population.

Remember, it was the corruption exposed in the relationship between oil companies and EQ PEPs that was in large part responsible for the demise of Riggs Bank; How soon everyone forgets that all the sordid details were laid out before committees of the United States Congress.