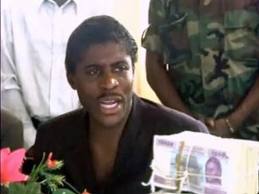 A United States District Judge in Los Angeles* has dismissed, without prejudice and on procedural grounds, the United States' civil forfeiture case against Teodoro Nguema Obiang Mangue, the son of the president of Equatorial Guinea. The Court granted the motion to dismiss, but granted leave for the government to file an Amended Complaint before 11 June. 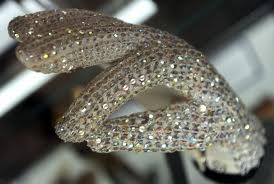 The case, which has the curious style of United States vs. One White Crystal Covered "Bad Tour" Glove and other Michael Jackson Memorabilia,  seeks forfeiture of Teodorín's multi-million dollar oceanfront estate in Malibu, California, amongst other assets, which the United States claims constitutes:


"The fruit of an international criminal scheme orchestrated by Nguema to engage in public corruption in Equatorial Guinea and then hide, spend, and launder the resulting criminal proceeds through the use of a web of shell companies, intermediaries and straw owners in the United States."

Attorneys for Nguema, in their motion to dismiss, stated:

(1) The conclusory allegations of the compliant are legally insufficient.
(2) The Compliant fails to identify a specific victim.
(3) One seeking civil forfeiture must plead particularised factual allegations of both wrongdoing, and the property's substantial connection to the activity subject to forfeiture.

Meanwhile, the corruption and money laundering case against Nguema in France is moving forward**.