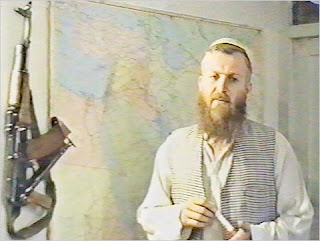 To update Sir Arthur Conan Doyle, the second most dangerous man is no longer Colonel Sebastian Moran, it is Abu Musab Al-Suri, the nom de guerre of Al-Qaeda's primary theoretician Mustafa Setmariam Nasar. He may indeed be the most dangerous man in the world and, as Holmes was fond of saying, " the game is afoot." He is fair, with ginger hair and blue eyes; keep your eyes open.

Al-Suri a Syrian national who is a longtime AQ leader, was recently released from an Aleppo prison by Syria's President Assad, in what may prove to be a major shot in the arm to a demoralised Al-Qaeda. He has been out of the picture since 2005, when he was reportedly arrested in Pakistan, and turned over to the Central Intelligence Agency. Unconfirmed reports say he was held for years by the Agency in a prison in Diego Garcia.

Why should we be concerned that this particular former detainee is in the wind ? Look at his resume :

(1)  A combat veteran of the Afghan war against the Soviet Union, he served under Osama Bin Laden in his Afghan camps before 9/11, and was routinely assigned as liaison to press members seeking an interview with the AQ chief.

(2) Lived in the United Kingdom whilst refining his theories of effective conflict against the West, and writing about Jihad. Edited an influential Jihadist magazine.

(3) He is believed to have had a role in the planning for 9/11, due to his close ties to Bin Laden, though no details have been publicly released.

(4) He is associated with both the 2005 London and 2004 Madrid transport bombings, and has long been considered by US counter-terrorism experts to have been the intellectual author of both attack plans. He is linked to, but not confirmed, as a participant in terrorist activities in France, during an earlier period.

(5) He is believed to have been involved in the planning behind the AQ terror campaign in Iraq.

Immediately after the Madrid train bombings, he fled Europe, using a Shengen passport he obtained due to his marriage to a Spanish national, and was warmly greeted, and protected, by the Government of Venezuela. He was seen on Isla Margarita, a Venezuelan island in the Caribbean that has a large Arab population sympathetic to, and known to contribute to, both Al-Qaeda and Hezbollah.

Al-Suri visited the principal mosque in Caracas regularly, always accompanied by a large bodyguard of Venezuelan security police, as well as a number of local businesses believed to be linked to terrorist financing. His presence was known to US intelligence agencies, and his movements were monitored, but he was never apprehended by them, though he was a high-value target wanted for his involvement in the Madrid bombings.

This failure to capture Al-Suri could be considered a major intelligence failure by the United States, it was during this period that he would have been planning the London transport bombings. It has been suggested that his capture, on Venezuelan soil, might have given the Chavez regime an excuse to stop delivering oil to the United States, but since those oil revenues were the sole support of the government, this theory has been discounted. It is far more likely that the failure, by the United States, to capture Al-Suri, when he was vulnerable, can be attributed to a failure of leadership in the American intelligence community. 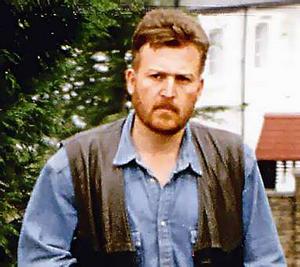 Al-Suri's treatise,  A Call to a Global Islamic Resistance, which enjoys widespread popularity in Jihadist circles, and which calls for major changes in how Jihad is fought, represents a clear and present danger to Western nations, particularly the United States, which he has repeatedly singled out as an existential threat to Al-Qaeda.

Will his presence result in a new wave of al-Qaeda attacks on the West and its institutions ? We cannot say, but there is grave concern that something wicked this way comes. 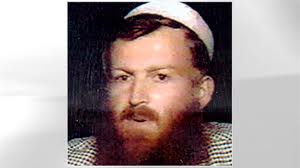