IS CHINA BACKING OFF FROM ITS SOUTH CHINA SEA CLAIMS ? 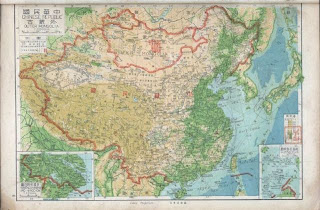 The ROC had pre-war claims to the islands, all of which were then occupied by the Empire of Japan. History majors may know that, pursuant to the Treaty of Taipei, Japan abandoned any claims it had to Taiwan, as well as the Paracel and Spratley Islands. The ROC reentered the islands after 1945, but abandoned them when the government was removed to Taipei. Since then, the islands have been been claimed by a half dozen countries with colourable claims, mainly due to the recently-discovered abundance of natural resources. 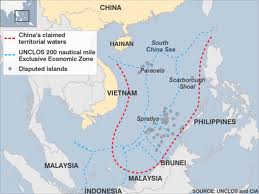 Now, compare and contrast this with an official statement, made earlier this year by a spokesman from the Chinese Foreign Ministry:

" No country, including China, has claimed sovereignty over the entire South China Sea." [emphasis added].

Is China truly adopting a more moderate stance over its claims to the region, or is this simply a public relations ploy. Given the obvious manipulation of Chinese public opinion through appeals to patriotism and nationalism,  don't look for China to concede anything in the short term. This means strained relations with its neighbors, potential trouble in the maritime sea lanes that transit the region, and  increased country risk for all nations that border the South China Sea. Wars have started over less.

We will continue to monitor the situation, and advise our readers on any future incidents of note.