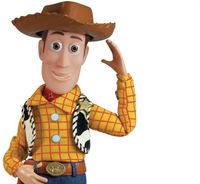 Remember the Angel Toys case in Los Angeles, two years ago ? A toy company, Angel Toy Corp.,  was laundering narcotics profits. Well, after the principals went to prison, some of the employees moved over to Woody Toy, Inc., also in LA. And, yes, it happened again, readers; now this second company's executives have been indicted. What's the old saying, "If at first you don't succeed, try, try again."

Woody Toy's owners, accountants, some of the sales staff, and some of their Mexican clients, were allegedly all involved in a twist on the Black Market Peso Exchange. Here's how it worked:

(1) Drug profits earned in the Continental United States were deposited in bulk, often shrink-wrapped, with Woody Toy staff. They deposited the cash in small amounts, what we call structuring, to evade the reporting requirements.

(2) US Dollar wire transfers were then made to legitimate toy retainers, located in Mexico & Colombia, disguised as legitimate business transactions.

(3) The Latin American toy dealers would pay over to the narcotics traffickers the Peso equivalent of the dollars they paid in California, less certain costs and charges. This enabled the drug traffickers to convert their criminal proceeds to local currency, without exposing themselves to law enforcement attention, due to currency controls and reporting requirements.

I am wondering if the staff are now looking for new employment in yet another toy store.