Bank Audi S.A.L., Lebanon;'s largest bank, has announced that it will open in Iraq in 2013, joining Byblos Bank, IBL Bank S.A.L. (Intercontinental Bank of Lebanon), and BBAC (Bank of Lebanon and the Arab Countries), which are already operating there, mainly in the Kurdish city of Erbil. reportedly, Audi will employ its newly-opened Turkish subsidiary of Odeabank in its Iraqi venture. 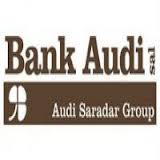 Add Bank Audi, and the other Lebanese banks in-country to the existing presence there of the principal Iranian financial institution, the sanctioned Bank Melli, and you have a potential recipe for evasion of the global sanctions imposed upon Iran for its outlawed Weapons of Mass Destruction and Ballistic Missile programmes. Is anyone paying attention to all this ?

The question : if you are a compliance officer at an international bank in the EU, or North America, and your clients are trading with Middle East customers who pay them through Lebanese banks, what are you doing to ensure that the end users of those product are not in Iran ?   Though we generally employ End User certificates for military equipment, or sensitive communications or computer products, should you not establish an SOP for your clients,  requiring them to obtain such documents ? I welcome your comments and suggested procedures, which you can enter below, or email me privately at: miamicompliance@gmail.com