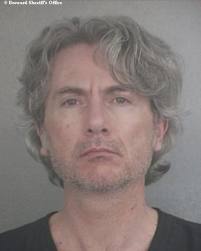 Christos Bagios,  the former UBS and Credit Swiss banker who previously* entered a plea of guilty to a sole count of Conspiracy to Defraud the United States, was sentenced this week to Time Served, meaning that the 37 days he spent in jail, and the 19 months he was on Home Confinement (House Arrest) have been judged sufficient punishment by the Court**. He will now be eligible for immediate release, though he will probably be deported, due to his Greek nationality, as US laws require such actions after felony conviction of a foreign national.

Bagios, who was known to be the banker to go to if you were a wealthy US citizen who wanted to hide his or her money from the US taxman, often advised clients to maintain a legitimate, or "white" account, which was disclosed to US authorities, and a covert, or "black" account, which was never to be disclosed.

The defendant's Plea Agreement, which is a matter of public record, and therefore available, states that he has rendered Substantial Assistance to American law enforcement agencies who are pursuing hidden Swiss bank accounts held by US citizens. The sentence, which included no Federal Prison time, for such a serious crime, would suggest that he was instrumental in identifying Americans who have hidden many millions of dollars secretly, in Switzerland. Indeed, his cooperation must have been extraordinary, since he was not sentenced to even a token amount of prison time.