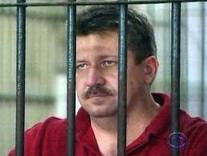 The US Department of Justice has denied the request of the Government of Russia to allow Viktor Bout to serve his sentence in a Russian prison. Both countries are signatories to the Convention on the Transfer of Sentenced Persons, and many of these requests have been routinely granted when convicted American prisoners seek to serve their Mexican sentences in the United States. Mr. Bout is presently serving a 25-year sentence in a Federal Prison, under severely restrictive conditions designed to isolate him from the outside world, which can be difficult when a defendant must assist his counsel with an appeal.

Mr. Bout's attorney, Albert Dayan has stated that the factors cited by the DOJ in declining the request were:

(1) The seriousness of the crime. Bout was convicted of attempting to sell missiles and arms to individuals whom he believed to be from the FARC,  which is a Specially Designated Global Terrorist (SDGT) organisation, sanctioned by OFAC.

(2) The fact that Bout has appealed his conviction, and his appeal is pending. Should his conviction be overturned or reversed, he could be released from custody. Whilst this is technically correct, the vast majority of appeals from Federal convictions are denied.

(3) There were objections from the US law enforcement community to his transfer. In some quarters, it is believed that that Russian authorities would arbitrarily commute his sentence, and release him immediately, due to the widespread belief in Russia that his was a purely political case, with no basis in fact.

(4) Bout's long criminal history renders his transfer impossible. The US considers Bout to be a career criminal, who would, if released in Russia, return to arms trafficking. 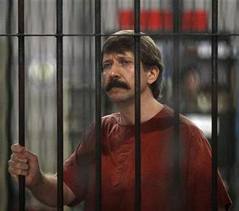 The letter denying the Russian request reportedly explained that it could be submitted for reconsideration in two years, or earlier, should there be any new information that would materially affect the request. Bout's scheduled release date is 15 December, 2029 . 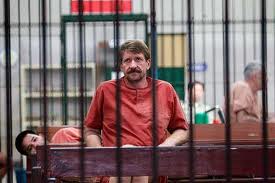