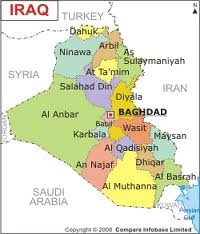 The Government of Iraq has withdrawn from a $4.2m contract it had with Russia, to supply fixed- and rotary-wing aircraft, and an air defence system. Since it neglected to agree to allow the US to station a stay-behind military presence when America exited Iraq in 2011, the country does not have the ability to defend itself from aerial threats.

The Russian arms sale involved MIG-29 fighter jets, MI-29NE helicopters, and and an air defence system. Though the Iraqi spokesman alluded to a renegotiation of the agreement for more sophisticated weapons, it appears that corruption was the real reason the deal went sour. The question is, which side was paying bribes or kickbacks, or hidden commissions to the other ? Or were PEPs from both countries involved ? 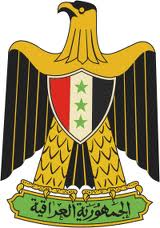 Both Russia and Iraq have systemic corruption in their governmental structures, as well as in the private sector. Iraqi corruption, which reaches to the highest level of government, at the ministerial level, has poisoned the reconstruction of infrastructure, and made many Iraqi PEPs, and their families, very rich men; it is out of control.

If Iraq's national government kills a major contract, because it cannot suppress massive corruption, that in and of itself makes Iraq a candidate for blacklisting, for Country risk purposes. If your bank has clients still trading in Iraq, the risks may not justify retaining them as clients. Make a decision, based upon the totality of circumstances, but most banks should seriously consider exiting all Iraqi business forthwith. Compliance should always be risk-based.