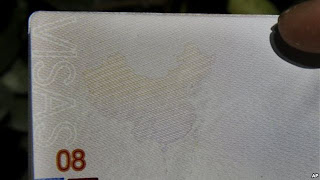 What you see above is a page from the latest version of the passport of the People's Republic of China. Note that territory not currently part of the PRC appears as Chinese in the map.Whilst I can understand the inclusion of Taiwan (Republic of China), there are other areas claimed by China included in the map. Are we seeing the shape of things to come, and will China's expansionist posture embroil its neighbors in further incidents ?

The other areas on that map, apparently claimed by China, include:

(1) All of the islands of the South China Sea, including the Spratley and Paracel Islands. The controversial nine-dashes, through which China lays claim to the entire region, are on the map. 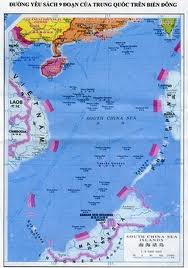 (2) Territory that belongs to India. China has coveted territory on the Indian frontier since the PRC occupied Tibet in 1950. 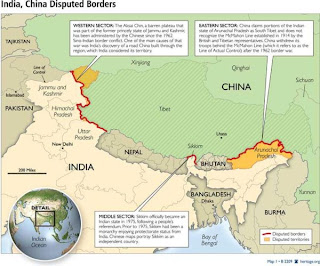 There have already been a number of diplomatic protests to the passport map, lodged by countries in Southeast Asia. If China continues to zealously pursue its territorial ambitions , not only will Country Risk increase exponentially, but there is a real risk of military conflict. With the United States moving military assets into the region, to support its allies, the threat of war increases.
Posted by Kenneth Rijock at Friday, November 23, 2012