If you represent a Ponzi schemer, you are at risk when his house of cards comes tumbling down, whether you knew what he was doing, or not. The Stanford Investors Committee, and the Receiver, Ralph Janvey, have filed a $7bn civil suit against two prominent American law firms. The firms, Greenberg Traurig LLP, and Hunton & Williams LLP, and a former Greenberg attorney, have been named in a class action suit filed in Texas*.

The suit, which alleges that the lawyers aided and abetted in the fraud, claims that Stanford could not have accomplished his $7bn fraud without the assistance of skilled lawyers. In addition to the $7bn Punitive damage claim, plaintiffs are seeking the estimated $10m that the firms earned in fees from Stanford's companies. As the case progresses, we shall be whether the evidence will support their claims. Should the plaintiffs obtain a punitive damage award, it could potentially jeopardise the existence of one or both firms, large as they are, but the plaintiffs will first have to prove that line between zealous advocacy, and knowingly facilitating a fraud, was crossed.

Stanford is appealing his conviction and 110-year sentence. Questions still remain as to exactly how he was able to perpetrate a massive Ponzi scheme, and evade regulators, until 2009, without detection. This case could supply some of the answers.
There is one individual defendant, former Greenberg lawyer Yolanda Suarez; she left the firm years ago to become Stanford's Chief of Staff and General Counsel. The firm itself was formerly Outside General Counsel. When the Greenberg partner whom was the primary lawyer for Stanford moved to another firm, a large portion of the Stanford work followed. 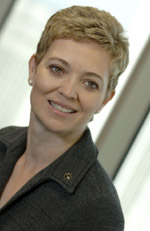