IRAQ RELEASES HEZBOLLAH LEADER WANTED FOR EXECUTIONS OF US SOLDIERS

The Government of Iraq continues to move closer to the regime in Iran, and its proxies. This week, Iraq released Ali Musa Daqduq, a senior Hezbollah terrorist whom the United States wanted extradited for war crimes. He has been accused of being the leader of the insurgent group that ambushed, kidnapped, tortured and executed several US Army soldiers in Karbala in 2007. Iraq had previously refused to allow his extradition to the United States, claiming that there was insufficient evidence to convict him. There was reportedly pressure from Iran to release him; Hezbollah serves as a proxy force for the Iranian regime.

Daqduq's unit, which wore US military uniforms, spoke English, and carried American-made weapons,  the purpose of which was to deceive US troops when entering a military compound. An attorney for Musa in Iraq has stated that his client has returned to Lebanon. 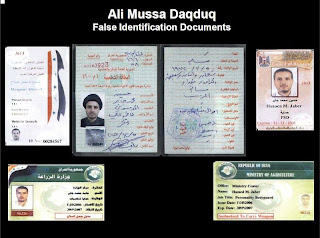 It is suggested that, when you calculate the risk levels, when your bank clients trade with Iraq, you factor in this case. Iraqi cooperation with Hezbollah should now be taken as fact, and given that the organisation is a Specially Designated Global Terrorist (SDGT) group, any financial transactions with Iraqi entities could possibly be with Hezbollah as as end user of your clients' goods;  can your clients prove otherwise ?

You can also assume that the Government of the United States will intensify its law enforcement and regulatory scrutiny of international trade transactions between American and Iraqi companies. Compliance officers,  govern yourselves accordingly.
Posted by Kenneth Rijock at Saturday, November 17, 2012