If you have been following the developments in the Middle East, you may know that Israeli jets destroyed the headquarters, in Gaza, of Islamic National Bank, in a bombing run, on 20 November. Not to be confused with National Islamic Bank, of Iraq, the Gaza bank was reportedly used by Hamas to pay its people, after foreign banks exited Hamas transactions, due to international sanctions, and the well-placed fear that major fines & penalties could be imposed by US regulators. Islamic National Bank operates outside the law; according to the Palestinian Monetary Authority*, which regulates all financial institutions in the Palestinian Territories, INB does NOT hold a license from the PMA. It is not listed on the Authority's website as an accredited bank. After the air raid, Suleiman Tawil, who claimed to be the bank's owner, denied that the bank had a political agenda. The question remains, however: how did he get governmental permission to open an "outlaw" bank, unless he had Hamas' blessing ? 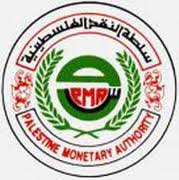 Furthermore, INB is not connected to the international banking system; a thorough search through the SWIFT website fails to reveal any SWIFT number for the bank. Obviously, the "bank" disburses cash, in US Dollars and/or New Israeli Shekels, to Hamas agents in Gaza. Where does its cash comes from ?

Notwithstanding that its headquarters is no longer operational, the bank's primary client, Hamas, needs to continue to pay its agents and soldiers. You can expect that bank officers will be making new requests for large amounts bulk cash somewhere in the Middle East quite soon, if they are not already in Beirut, Dubai, and Cyprus, with large suitcases; Watch for them. You also want to be extremely wary of any correspondence received from anyone claiming to be as representative of Islamic National Bank.
________________________________________________________________________
*http://www.pma.ps/
Posted by Kenneth Rijock at Thursday, November 22, 2012