PANAMA REARMS: THE SHAPE OF THINGS TO COME ? 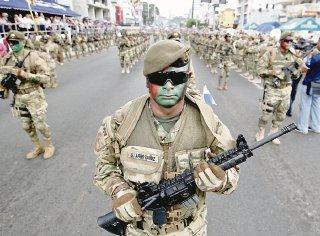 This weekend's celebration of Panama's independence from Colombia in 1903, whilst a festive event, was marred by the display of Panama's new military muscle; a martial parade passing, in full strength, in review, in front of the Panamanian President, Ricardo Martinelli. Since Panama disbanded its army, after the fall of President Noriega, the country has not had a standing army. The small Panama Public Forces exist solely for national security purposes.


The situation, however, appears to have changed. The recent civil unrest in Colon, precipitated by the government's efforts to improperly sell land, so as to redress a financial shortfall reportedly caused by corruption and inefficiency, was met with brute force. SENAFRONT, the country's national border service, whose sole responsibility is to protect Panama's national borders, came out in force, and committed numerous unnecessary acts of violence, resulting in many injuries and some deaths.

The Government of Panama, which has armed its expanding military forces with American-manufactured weapons, frankly does not need to defend itself against foreign enemies. The Colombian terrorist group, the FARC, does not pose a clear and present danger in its present weakened state, and there is no potential threat from the country's northern frontier. 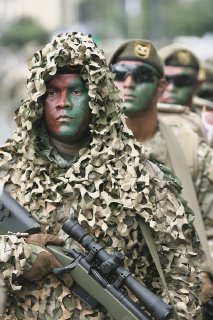 If the government continues to maintain a policy of deploying its military to injure peaceful protesters, Panama may slide down the slippery slope, away from democracy, and towards dictatorship. This will discourage foreign investment, and therefore slow the economic development that has attracted investment capital in recent years. If there are any more such disturbing incidents involving the civilian population, and the country's growing military, Country Risk will be increased, with negative economic consequences. 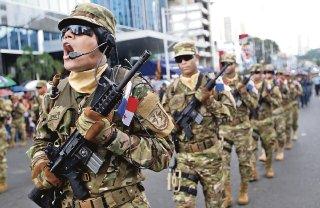