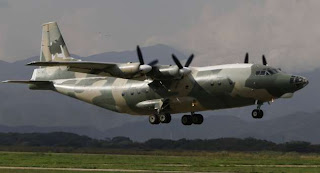 The Government of the Bolivarian Republic of Venezuela has taken delivery of the first two Chinese Y-8 military transport aircraft. Six others are expected to arrive during the first quarter of 2013. The Y-8,  which is a medium-range transport aircraft, is replacing Venezuela's aging American-made C-130 Hercules aircraft. The United States imposed an embargo on military sales to Venezuela in 2006.

The problem is that, although Venezuela has stressed the aircraft's "humanitarian aid" function as its intended primary role, the Y-8 is a troop transport. It can also serve as an Airborne Early Warning and Control, or AWACS, aircraft. That modification, which is available from the Chinese manufacturer, Shaanxi Aircraft Factory China, contemplates its use as an offensive weapon. This is, in and of itself, disturbing. 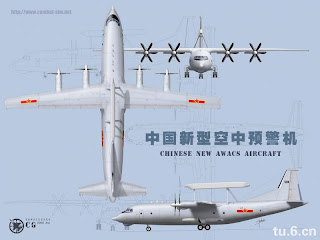 Is the Government of Venezuela planning a military operation outside its national borders ? Considering that Venezuela's President Hugo Chavez Frias is known to be afflicted with cancer, and may be at the end of his career, the risk that he is seriously contemplating offensive action has increased of late. A military conflict in Latin America, no matter how brief, would affect economies of all the nations in the region.

Rumours of war ? First, let's see if any of the additional Y-8s due to arrive in Caracas are equipped for AWACS duty.