WILL SUDAN BE THE NEXT FLASHPOINT ? 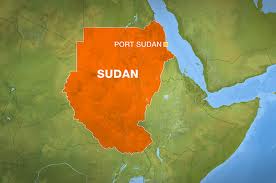 The release of information regarding the reported loading of missiles onto a freighter at the Iranian port of Bandar Abbas, with the probable destination Sudan, a staunch Iranian ally, for covert delivery in Gaza, puts Sudan squarely in the cross-hairs again for a bombing attack. The problem is, this time the Government of Israel is not denying any involvement; it is saying that it will destroy the shipment, to keep it out of the hands of Hamas. That means that another attack upon Sudan is more than likely, and with the current situation in the region stable, but tense, amidst the cease-fire, anything could happen. Sudan could be seriously damaged in ways that its leadership clearly  does not see coming.

The information available states that Iranian warships will most likely escort the freighter once it leaves Iranian territorial waters. However, once it arrives at Port Sudan, air attacks become possible at any time.  Whilst we doubt that Israel will intentionally sink an Iranian-flag vessel, the stakes are high enough for it to happen. The freighter reportedly is carrying both medium-range and ballistic missiles, and that cargo represents a clear and present danger to Israel.
There are also political considerations that favour an attack in the Sudan. An election looms in Israel, and the present government will certainly want to appear to be strong on defence, especially since many Israelis have expressed an opinion that the recent hostilities did not reduce Hamas' missile inventory sufficiently to guarantee an extended period of peace.

Also, Israel has stated that it will prevent Hamas from replacing the missiles it fired at Israel. The Sudan is the best place, en route, to interdict missile shipments. A major Israeli attack upon Sudan will have a ripple effect;  it will discourage foreign investment, could disrupt normal commerce, increase defaults upon loans, and cause professionals who are expats to leave the country for their safety. Sudan in Israeli gun sights means that one must raise Country Risk on that nation, whose leadership has chosen to throw in its lot with Iran, with dire consequences.

Compliance officers who see the handwriting on the wall would do well to minimise their bank's exposure in Sudan, and to advise their customers accordingly about the dangers. 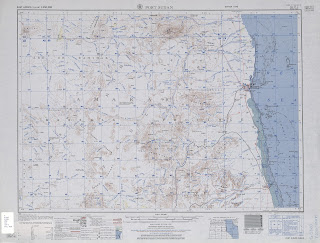