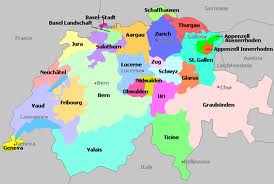 The long arm of the Department of Justice, which has been a persistent thorn in the side of Swiss banks seeking to conceal accounts of American depositors from disclosure, has now reportedly reached out to eleven more targeted banks. Bank Frey and Pictet & Cie. have been publicly named as two of the targets of the wide-reaching investigation of US tax cheats.

There have been persistent, but unconfirmed, reports that the major Swiss banks previously targeted by the United States arranged for their American clients to move their accounts to local and cantonal banks, and to the two just named. Many Swiss bankers continue to play a cat-and-mouse game with US law enforcement agencies, quietly migrating their high net-worth clients' accounts to other institutions, rather than disclose their existence. These tactics will only serve to stimulate a broadening of the American investigation.

The matter is made worse when Swiss bankers decry the US actions as an "invasion of Swiss sovereignty." The lack of genuine cooperation will only result in the targeting of every Swiss bank and non-bank financial institution by US regulators seeking US "flight capital." That will raise Country Risk; do the Swiss really want to see this happen ?
Posted by Kenneth Rijock at Monday, November 26, 2012