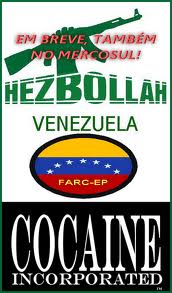 Hezbollah Venezuela continues to actively launder its narcotics trafficking proceeds through a major Panamanian financial institution, which facilitates the movement of millions of dollars of its cocaine profits. Sadly, the story is well known to many of the country's government and financial leaders. Though a small unit, numbering less than 100 cadre, Hezbollah Venezuela* regularly and continuously smuggles bulk cash into Panamanian airports, and into the bank. Remember the $25m that was seized upon arrival a while back ? Didn't you wonder whose money it was ?

Once it has arrived in Panama, the drug cash is deposited in a bank whose ownership is linked through family ties to a senior government leader. Hezbollah has a small, but extremely effective, contingent in Panama, who facilitate the onward movement. Ultimately, most of the illicit profits are transferred to Beirut, and provide financial support for Hezbollah, a Specially Designated Global Terrorist (SDGT) group.

Formed only a few years ago, and seemingly undercapitalised, it has quickly outgrown its original location, and plans to move into a multi-million dollar skyscraper for its new headquarters. It would appear that providing financial support to terrorist organisations pays well; ask the owners.

Why isn't the Government of Panama closing down this bank ? It would mean a regulatory agency would be shutting down a relative's business, and obviously, this does not happen in the Republic of Panama. 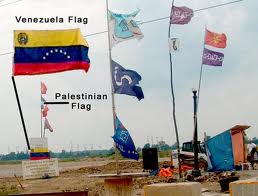