ARE THERE IMMUNITY ISSUES IN THE MALTAGATE INVESTIGATION ? WE DOUBT IT 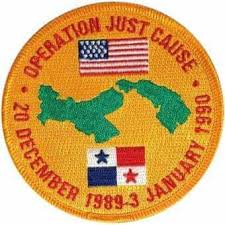 The US military's appearance on the airfield in Malta this week, especially some unexplained aspects, reminds me of an earlier American operation launched abroad to bring justice to a corrupt national leader.

Remember Operation Just Cause ? Between December 1989 and late January 1990, it was the United States invasion of the Republic of Panama, for the purpose of arresting General Manuel Noriega, who had become involved in drug trafficking, and become the military dictator of Panama. Noriega had thought he was safe from the long arm of American justice, so long as he remained in his native country. it cost him nearly 20 years in an American prison. 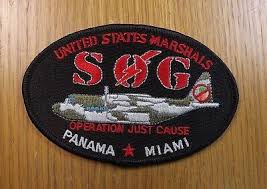 US Marshals bring back Noriega for trial

Assuming that there will be a change of President in January 2021, no criminal accused of being connected to Russian oligarchs or shadow figures facilitating financial assistance to persons connected to organized crime and terrorist networks around the world will be immune from American prosecution. Joseph Muscat's dream of being granted immunity for his money laundering crimes by the US Department of Defense will never come true.

Nevertheless, the rumors, fanned by a news blackout of the SOFA talks with the Prime Minister,  and the failure of the Opposition to be read into the proceedings by PM Abela, popular suspicion of a backroom deal have emerged.

Observers in Malta point to the public opponents of SOFA on Constitutional and historic Neutrality grounds, led by the Foreign Minister and Deputy PM, on one side, and Abela and Muscat as his advisor on the other side, taking the US side. The Abela faction is steamrolling over everyone to sign off on the deal, as RA and JM get immunity, while others n the PL are indicted. No public acknowledgement of the arrangement is ever made to Parliament, according to those who are advancing this interpretation of events. They cite the unusual and unexpected emergence of SOFA as an issue as further evidence of some dark deal.

All that I can say about this theory is that the Department of Defense and the Department of Justice work separately, and barring some major issue of National Defense, where JM  makes an extraordinary contribution,  I cannot see it. But what if I am not aware of all the facts ?

Therefore, I will keep an open mind, and see what the future brings.