Our information on the progress of Italy's investigation of the Malta money launderers indicates that it is moving faster than those being conducted in two other EU Member States. Our sources have advised that international arrest warrants will be issued against the principal targets, to aid in their apprehension and extradition from abroad. Whether there are any sealed indictments in Italy we cannot say.

One additional, and very important, piece of information, is that at least two of the suspects are "Present or former Heads of State in the Caribbean." We know that the investigation touches specifically upon senior officials from both the Commonwealth of Dominica, and Grenada, and our best educated guess is that one or more of the suspects named are from those two East Caribbean States, both of whom offer CBI products. Remember that the CEO of Malta's rogue money laundering Pilatus Bank had a Dominica CBI passport. Alternatively, it is possible, given that Ali Sadr himself acquired and regularly employed a CBI passport from the Federation of St Kitts & Nevis while moving money in Europe, that one of the leaders could be from St. Kitts. Leaders from St Lucia and Antigua appear to be a lesser possibility, but should not be totally discarded. 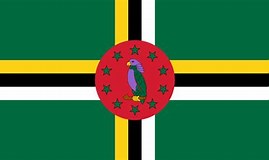 We regret that there is no information regarding the other suspects; it is likely that they are Italians and Maltese nationals or residents. It will indeed be likely that some of the targets may find themselves wanted in more than one jurisdiction, and after serving sentences in one country, they may find themselves extradited to another to serve time there. General Noriega served time in three countries for his crimes, and justice requires no less, given the levels of corruption and money laundering that we have seen in Malta.