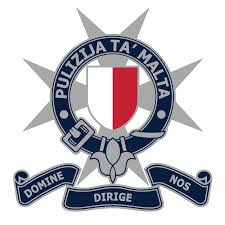 If you remember that, back in August, Malta's Police Commissioner Angelo Gafa stated, on the record, that the investigation of Pilatus Bank would be complete by the end of the month. You may recall that it has been underway for more than two years. In truth and in fact, it has been four long years since Pilatus first came under suspicion for money laundering.

Anyway, August came and went, and the most important investigation in Malta, with the exception of the murder of Daphne Caruana Galizia, has allegedly been completed, and there have been NO ARRESTS. Is that what we call law enforcement malpractice ? Are they just trying to run out the clock of the Statute of Limitations ? We cannot say, but to an objective outside observer, that IS precisely what is happening.

We wonder how long it will be before the European Union wakes up to the fact Malta is not, or has it been,  a functioning democracy. Neither the police, the judges, nor the magistrates can be trusted to follow the Rule of Law.  A reader from Malta hit the nail on the head with this statement:

"In Malta, they have the appearance of democracy, but without justice you cannot have democracy. The EU are just starting to find out that the facade we portrayed before accession is not the way things are."

That's why the European Commission is so concerned, and they are eminently correct to worry.