WILL MALTA SUFFER THE SAME FATE AS ANTIGUA DID DUE TO FINANCIAL CRIME ? 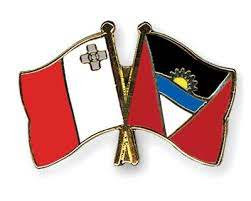 If you know your banking history, you know that Antigua & Barbuda, two of whose primary domestic and international financial institutions failed when "Sir" Allen Stanford was arrested for operating a massive Ponzi scheme, Stanford International Bank, suffered a major economic setback. Many observers believe that its economy never recovered, and the loss of tourism due to the COVID-19 virus, as well as repeated scandals over criminals acquiring dozens of Citizenship by Investment passports, compounded the national malaise. Now turn your attention to Malta in 2021.

If Malta suffers the arrest, extradition and conviction of many of its senior politicians, and the fallout from the evidence at trial results in the sanctioning of some of the country's principal banks and bankers for money laundering, and causes the banks' demise, and the offshore industry is so tainted by the money laundering cases that is is avoided by its usual international clientele, Malta will be in the same place that Antigua was post-Stanford.

Perhaps Malta's business owners might want to start making adjustments to their future plans, in case the unthinkable happens, and what is now a busy international financial center loses much of its clientele. Think about it. As the man said, don't stop thinking about tomorrow, for it will soon be here.