AMERICA'S TERRORIST FINANCING LAW, AND ITS IMPACT ON ANYONE PROVIDING FINANCIAL OR PASSPORT SERVICES TO TERRORIST ORGANIZATIONS 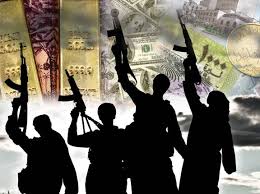 It has come to my attention that many people do not understand the terrorist financing laws of the United States. That may be in part because the most powerful section, 18 U.S.C.§2339A Providing material Support to Terrorists is not simply about paying for AK-47 ammunition, it is so much more than that.

Allow us to use some examples to demonstrate how broad and far-reaching this statute is:

(1) A Maltese banker in Valletta arranges to exchange Euros for US Dollars,  for a Palestinian expat client, living in Malta, who the banker knows to be a member of Hamas, the specially designated global terrorist group. The greenbacks are smuggled into the West Bank, to finance a terrorist attack inside Israel. Two unarmed civilians are killed, and documents taken by counter-terrorism authorities from one of the bodies of the Hamas members is a receipt for the financial transaction in Malta. One of the dead is an American citizen. Is the banker liable ?

(2) A politician overseeing Malta's IIM (Citizenship by Investment) program accepts a substantial bribe to approve, and fast-track, CBI passports for a dozen Lebanese nationals who are members of Hezbollah, another SDGT. They subsequently travel to Bulgaria, where they bomb a bus carrying Israeli tourists. Two were dual nationals of the United States. is the politician liable ?

(3) A ship's captain transports two Libyan members of the local radical Islamist affiliate of the Muslim Brotherhood to Tripoli. Thereafter, they attack an opposition group, and there are several casualties. is the captain liable ?

The answer: all would most likely be charged, and will probably be found guilty of the offense, and that Life Sentence, under US law, means they will die in prison.

As you can see, the statute is so broad, and does not require that the person charged ever participate in any subsequent terrorist act to be charged for providing what the statute refers to as "Material Support." It is similar to the conspiracy laws, where an individual who enters a conspiracy solely at the beginning, is liable for the crimes that he contributed to being later committed, no matter how small his initial role.

The law is a prosecutor's dream, for its allows US Attorneys to treat an individual with a minor and early, though instrumental role, as if he had actually participated in the ultimate terrorist act. he may not have even known what the specific act was to be; his support to the terrorists was sufficient to make him liable for the end result.

Therefore, let's ignore "Terrorist Financing' and focus in on "Providing Material Support to Terrorists," which is what the individuals in the three examples above were really involved in. The moral of the story of course is that everyone must Know Your Customer, and must never, for personal gain, provide and support to any individual or organization that you cannot rule out as terrorists. if they fail your due diligence, do not do business with them, no mater how lucrative it might appear to be.