MALTA BELATEDLY ADMITS THAT ITS CBI PASSPORTS HAVE BEEN USED BY SPIES, AFTER WE DISCUSS THE DANGERS 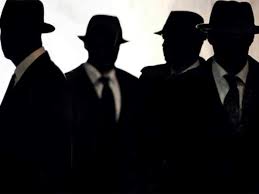 a strange thing occurred this week; I sat for an interview on Manuel Delia's Notes website "Truth be Told",  wherein I explained how intelligence agents, more commonly known as spies, prize Citizenship by Investment (CBI) passports from Malta.  Their reasoning: because it is within the Schengen Zone, they may enter the countries of the European Union without any immigration formalities. Also, by virtue of Malta's EU membership, entry into the United States is by simple online filing, and there is no time-consuming visa application process overseas. In short, if I am an intelligence agent, I need that Malta CBI passport to perform my duties abroad,without being required to appear before government officials of a foreign state, where I plan to engage in activities that they, if they knew, would not approve of.


The day after my interview appeared online, I read in one of Malta's newspapers that the government had disclosed an individual, suspected of possibly being a foreign intelligence agent, from a "Rogue State," has acquired a Malta CBI passport. Furthermore, that individual, accompanied by others described as family members, had entered the European Union several times, as well as the United States. Though the nationality of the person did not appear in the article, this specific description of his country generally is applied to only one nation: The Democratic Peoples' Republic of Korea (DPRK), more commonly known North Korea. Reportedly, he used forged documents showing him to be a Chinese national.

The unmasking of the intelligence agent was not due to the efficiency of Malta's CBI unit; rather he was identified by the law enforcement or intelligence agencies of another nation, which brought it to Malta's attention. 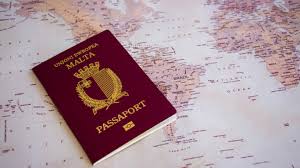 Given that the matter occurred some time ago, I find it extremely coincidental that this news would break within less than 24 hours of my interview, and that the news was released over a weekend. It appears that someone in the Government of Malta heard my interview, and decided to release information previously withheld from the public to the press, even though it points to the fact that there is a less than effective due diligence program to identify CBI applicants. We wonder what other information deemed by some government official as too sensitive to share with the public, about CBI passport holders, the government is keeping under wraps.