INFORMATION FROM EUROPEAN INVESTIGATIONS INTO MALTA MONEY LAUNDERING LEAKS OUT 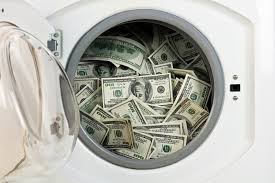 Apparently, it has been impossible for law enforcement in the EU to prevent all leaks to media, as there have been a couple of very telling comments which have just been contributed by additional sources. We have, hopefully, cleverly concealed any identifiers which will provide clues as to who made these statements. Even with the identities redacted, it is important information.

First of all, a number of Heads of State and Parliamentarians (think MEP) in the EU, who admit that they may have previously been a bit naïve in their dealings with Malta's disgraced former leader, Joseph Muscat, during his tenure as Prime Minister, and while he was reportedly engaged with global criminal organizations, have now stepped forward, and are cooperating with criminal investigators.

Now that our new sources are apparently not afraid to come forward, in the aftermath of the Schembri and associates arrests and the omnibus asset freeze order, we anticipate that there will be more information forthcoming, albeit through unofficial channels.

We trust that, after Malta's Home Affairs Minister, Byron Camilleri, declined to comment on our report of the presence in Malta of a number of Special Agents of the Federal Bureau of Investigation, as a part of a special money laundering investigation, due to policy that prohibits admission or denial of the existence of an active investigation, this matter has been put to rest. That fact has since been further corroborated by your blogger's associates by the witness statement of an American expat living in Malta, whose prior work experience more than qualifies him to identify US law enforcement agents engaged in field operations.