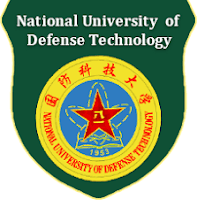 GUAN LEI, a Chinese national in the US on a research visa (UCLA) was arrested when he attempted to board a flight to China and charged with the Destruction of Evidence to Obstruct a Federal investigation. Guan had destroyed and disposed of an internal hard drive; he had also lied upon his visa application regarding his association with the Peoples Liberation Army (PLA). It is not known whether he is an officer in the PLA, but he had participated in military training in the Peoples' Republic. Guan had denied that he had visited the Chinese Consulate during his two years' research.


In truth and in fact, Guan was closely associated with a Lieutenant General in the PLA at China's National University of Defense Technology (NUDT), and he was known to be in uniform while working there. He was reportedly involved in developing computers at NUDT used by the PLA General Armament Department, and also for military weather forecasts, and nuclear technology.

The defendant allegedly procured restricted US-origin items used to develop supercomputers with nuclear explosive applications.NUDT is on the Department of Commerce restricted list. Guan faces a maximum sentence of twenty years in Federal Prison on the Destruction of Evidence charges.