Our recent article Who are the 8 Individuals from Malta Indicted by a US Court in a Sealed Case ? appears to have raised more questions that it answered, so we have chosen to expand a bit on the information we have gathered. At the same time, we believe it necessary to explain the Legal Facts of Life for readers unfamiliar with the give-and-take of Federal criminal prosecutions in the United States, which may explain the logical reasons behind such conduct, even though you may find it distasteful.

According to sources that I deem reliable, due to the fact tat they have consistently delivered accurate information, and with the caveat that no source is always perfect, we are advised that at least two members of the current active-duty Cabinet of the Republic of Malta are actively cooperating with law enforcement agencies in two different jurisdictions. In plain English, that means in two countries. While we do not know the identifies of these two individuals, there aren't a lot of choices, if you are looking to figure out who it is. Also, you can guess which is the other country. Just look at prior vs. the present travel plans of the players.

Why, you might ask, would these two individuals choose, so early on, to cooperate with law enforcement ? They haven't been charged with any crimes yet, so why are they giving up their right to force the US to prove up its case in court ? 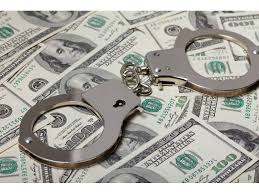 (1) POSSIBLE IMMUNITY FROM PROSECUTION: Cooperating Individuals, also known as CIs, often obtain immunity from prosecution. They supply missing pieces of the puzzle, generally must testify at the trials of their associates, and sometimes must disgorge criminal profits, consenting to forfeiture of assets, including bank accounts or real estate, but the bottom line is they get that very elusive "Get-out-of-Jail Free-Card." With immunity, they are not charged.

(2) THE GOVERNMENT PROBABLY HAS A BULLETPROOF CASE: We are not talking about
Malta's inept, and throughly corrupt, law enforcement and prosecutorial agencies. American Federal law enforcement agencies typically take years to develop an ironclad case, with evidence, witness testimony, and poisoning the mind of juries, and judges, with what is known as Uncharged Criminal Conduct, This is all the bad things you have done which are not part of the case, but which will show the jury what kind of career criminal, or corrupt official, you truly are. No wonder the conviction rate is in excess of 95%.

(3) EVEN IF YOU DONT GET IMMUNITY, YOU WILL OFTEN GET TO PLEAD GUILTY TO LESSER CHARGES: If the US Attorney refuses to award you immunity from prosecution, your cooperation, and a guilty plea, saves the Government the cost of a trial, as well as the hours of preparation, and you will often reap the benefits, meaning lesser charges, and a shorter sentence.

(4) IF YOU GO TO TRIAL AND LOSE, YOU MIGHT GET HAMMERED AT SENTENCING: Do
you really want to face charges that mind result in a sentence which could result in you spending most of your remaining life behind bars ? That is a real possibility if you put the Government to the cost of a lengthy, and expensive, trial. Doesn't that 20-year maximum sentence frighten you into cooperating ?

(5) WHAT IF ALL YOUR PARTNERS IN CRIME ROLL OVER ON YOU ? IF you fail to cooperate and/or plead to a lesser charge, due to the promises of some high-powered American criminal defense attorney, and go to trial, what do you think will happen ? Your partners will testify against you, you will of course be convicted, and they will be able to pick up the pieces of their lives in short order. You will not see your freedom for a very long time.

(6) YOU MIGHT NEVER GET A SENTENCE REDUCTION LATER:  A Rule 35 Motion to Reduce Sentence, which can only be filed by the Government, might ease your pain post-sentencing, but if you play hardball, you might not get an opportunity to have a change of heart, after your trial, and begin cooperating. You might just have to do your entire sentence, which happens more often than you would think. 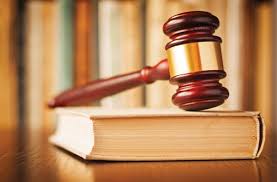 Now, you should understand why two of your partners in crime have chosen to cooperate, rather than fight, and you might want to consider joining them early on, while you still can.