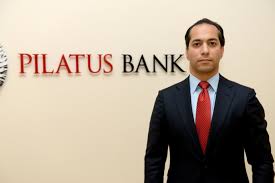 You've got to hand it to the Iranian businessman, Ali Sadr Hasheminejad, given a reprieve from a long  prison term of money laundering, when the US Attorney chose to request dismissal, for Brady violations. Now that he is neither in prison, nor facing deportation, he has gone on a public relations offensive. His objective: to recast himself publicly as a victim of a false prosecution, actually exonorated by his dismissal, which did nothing of the sort. He simply got a pass ; he was not cleared of his many crimes.

His attorneys, who obviously have signed on to this characterization of their client as a victim, wasted no time publicly airing his "exonoration' status, by giving statements to the press, making him out to be some sort of victim.  While we do not know whether the dismissal was genuinely for major Discovery violations, a secret deal with the Government, or a bit of both, we do know we was convicted by a jury, meaning found guilty to the exclusion of any reasonable doubt.

Are you kidding me ??

What really bothers me is this claim of exhonoration. He actually had the temerity to allow himself to be placed in the "National Registry of Exonorations," a University of Michigan Law School project that lists individuals cleared through DNA evidence.  The site even asks "Did DNA evidence contribute to the exonoration ?" of course, for Sadr the answer is a resounding No. Readers who want to see this legal obscenity may access it here.

There are other websites, all obviously created to give the reader the illusion that Ali Sadr was wrongly accused, and later freed, and exonorated from any guilt. The only saving grace here is that it is extremely difficult, verging on impossible, to permanently seal a District Court file, so all the pleadings of the US Attorney's Office detailing his guilt will remain available to any intrepid researcher with PACER access. Our blog articles, we hope, will also endure, so a young compliance officer in 2025 will properly act as a gatekeeper, and block the door of his bank to this financial criminal.