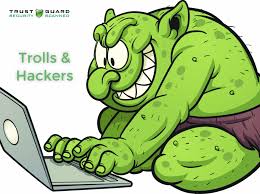 As my sources, both in Malta and in the United States had aptly warned, paid trolls and hackers obviously working for Malta's Labour Party have repeatedly, but unsuccessfully, attempted DDOS attacks upon this blog, seeking to push the truth offline, to keep our news of the legal tsunami coming against their money launderers and corrupt party officials from our readers.

We have received phishing emails with dubious attachments, all of which have been deleted forthwith, with masked IP addresses, gaslighting emails, and copies of letters to the editor of mainstream Malta newspaper message boards asking that we be sued by the disgraced former prime minister, all designed to make this blog dead on arrival, or distract me from the task at hand, which is to tell the unvarnished truth.

One specific secure email was chilling, it was a mysterious offer of promised "extraordinary" information, but required that we meet with this "source" abroad. This was the precise manner in which the British investigative journalist and editor Barry Randall was lured to Montenegro, where he was reportedly poisoned with radioactive Polonium, causing an early, and painful, death. Mr. Randall was a known correspondent of Daphne Caruana Galizia, and he was the subject of attention from known dark forces in Malta at the time he was poisoned, allegedly due to the fact that the two journalists had shared information about Citizenship by Investment (CBI) bribes and kickbacks. He wasn't in Montenegro on holiday, we know that. 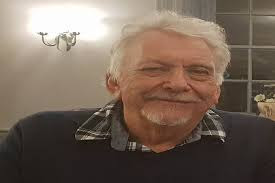 Maltese law enforcement authorities have completely avoided investigating Randall's death, notwithstanding a 2020 arrest of a known career criminal in Malta, who was found to be in possession of a quantity of Polonium. There are investigations ongoing in both the US and the United Kingdom, however.There also appears to be a news blackout among Malta's principal media about the subject, and we must assume that it was the result of the economic clout exercised by major advertisers allied with the Labour Party, who at times enforce a form of censorship which also has been seen in the East Caribbean States that also sell CBI passports.

Message to Labour; during the 1980s, I represented some of the worst criminals in Miami, all narcotics traffickers, and I have a very thick skin. I also do not scare easily. I have been offered a platform to appear personally in Malta, to discuss the issues of the day, and I plan to accept those offers. I challenge now private citizen Joseph Muscat to debate me, in a public forum, to air the subjects of common interest, when I arrive, though he may be at a distinct disadvantage, not because he is a non-lawyer unskilled in debate, but because he fears the Truth, and "the Truth will set you Free."(John 8:31-36).