UPCOMING EXTRADITION CASE WILL TEST WHETHER MALTA FOLLOWS THE RULE OF LAW, OR IS AN OUTLAW REPUBLIC WITHIN THE EU


This week, the American extradition case against the Maltese fugitive, US Army Sergeant (SGT) NAZZARENO (Reno) MIFSUD will be called up for hearing. Mifsud, who is wanted on Federal Child Molestation and Escape grounds, is a longtime deserter from the US Armed Forces, who fled to his native Malta avoid prosecution for heinous sex crimes. A more despicable defendant would be hard to find, even in the Republic of Malta, where power politics and corruption often trump the Rule of Law and the administration of justice.

This is, we believe, far more than a simple sex crime case; it is a test of whether Malta will abide by the Rule of Law, and extradite fugitives to America, to face justice. Court watchers are thinking that the Mifsud case is a test of Malta's court system, because coming down the road is said to be a massive indictment, which will see prominent Maltese citizens, as well as lawful residents, in the dock for extradition, on serious charges, including money laundering, which features a maximum penalty of twenty years in Federal Prison, and where Parole has been effectively abolished, meaning that defendants must serve at least 85% of their sentences. 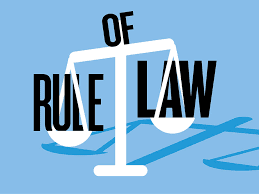 If Malta's courts promptly extradite Sgt. Mifsud, then American prosecutors can rest easy in the knowledge that they will obtain custody of their targets, but if there is any unreasonable delay, or dilatory action by local lawyers and rubber-stanped by local judges, then there will be a problem. We note with dismay that Malta's Foreign Minister, who has repeatedly shouted "We are a neutral country," to the rooftops, all the while assisting Turkey, and Qatar, and by association, Iran, support a radical Islamist organization in Libya's Civil War. Whether Malta has thrown its lot in with nondemocratic states, and will continue protect its money launderers, murderers and racketeers, rather than cooperate with the US, are issues it faces now.

We trust that the court will follow the law, and order this fugitive defendant, and all those who will be following him, due to pending American indictments, to come before an American court for trial. To do otherwise would show Malta does not belong in the European Union, but with the "Banana Republics" of Latin America, where money, power and influence, and not the law, prevail.
Posted by Kenneth Rijock at Sunday, September 06, 2020