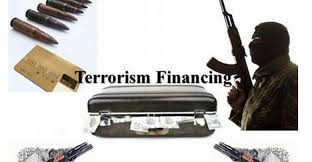 If you noticed this week that one of the counts known to be filed in the upcoming money laundering case against Maltese government officials and businessmen is Providing Material Support to a Foreign Terrorist organization that has been designated by the Secretary of State [18 U.S.C.  2339], That statute, which is part of the Antiterrorism and Effective Death Penalty Act, does not require that the supplier of of the material support have whatever specific intent the perpetrator of the actual terrorist acts has to commit terrorist offenses. In plain English, those charged with the crime need not be proven to have known about the terrorist acts subsequently committed by the terrorist organization he assists, and ignorance of the law is no excuse under US law, gentlemen.

We wonder how many of the Malta targets bothered to read up on the penalties involved in this crime. They range from a maximum of 20 years in Federal Prison, to Life in Prison, should the terrorist acts committed result in loss of life. For those who are not familiar with the American Sentencing Reform Act, Parole has been abolished in the United States for Federal crimes, there is no Gain or Good Time earned in that case, and a Life Sentence means that the defendant will literally die in prison while serving out his sentence. Quite a different ending from his current life of luxury in Valletta. 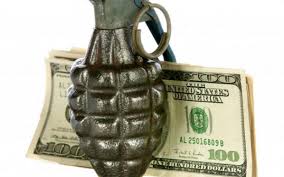 Add to this the fact that at least one major Malta financial institution has been directly linked to terrorist financing, that Malta's significant Palestinian expat community is openly supportive of at least three Specially Designated Global Terrorist (SDGT) organizations, with sympathetic support from Malta's so-called "neutral" foreign policy, and you have a situation that any American jury will recognize, and convict the individuals who are foolish to allow themselves to be used to support terrorist organizations. The may even be housed with convicted terrorists in a special prison where contact with the outside world is essentially nonexistent, so that the violent terrorists they share a room with will not be able to communicate with their associates. Imagine what that is like, Mr. Minister. 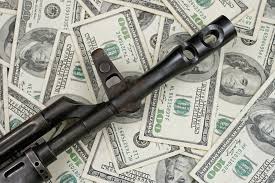 what we should be seeing is a steady stream of Maltese money launderers and terrorist financiers, and their facilitators in government, lined up in from of the American Embassy, to render total and complete cooperation, lest they also suffer the fate of being charged with terrorist financing crimes, after which no government would dare fail to extradite them to face justice inside an American courtroom.