WHERE DOES MALTA FIGURE INTO SUSPECTED POLONIUM POISONING OF BRITISH INVESTIGATIVE JOURNALIST ? 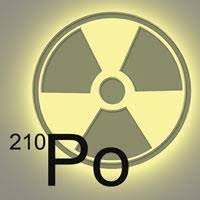 As more information becomes known regarding the reported poisoning of British journalist Barry Randall, the editor of Caribbean News Now, disturbing links to Malta have surfaced. Randall was allegedly poisoned while meeting a source in Montenegro who had promised a groundbreaking story about corruption in the Citizenship by Investment (CBI) program in the Commonwealth of Dominica.

Correspondence received by Randall, and made available to your blogger confirms that a number of his prior articles on CBI programs, both in the East Caribbean States and in the European Union, had met with disapproval from one of Malta's principal power brokers, a controversial businessman with repeated allegations of corruption, and with close links to high-ranking Maltese government officials.

In his articles, Mr. Randall detailed how rampant and reportedly intentional due diligence failures, which allowed career white-collar criminals, and others involved in sanctions evasion, to obtain CBI passports, not only in the East Caribbean, but in Malta as well. Apparently this disclosure angered certain parties in Malta, who later sought to accomplish damage control regarding a specific story.


As to the relationship between criminal elements in Dominica and Malta, let us not forget that The COO of Pilatus Bank, HAMID REZA GHANBARI, reportedly holds a CBI passport from Dominica. We note that he received his CBI passport at the same time that the convicted Iranian sanctions evader and diverter of billions of dollars in Iranian oil profits, ALIREZA MONFARED, now serving a 20-year sentence in Iran. His co-defendant, BABAK ZANJANI is received the death penalty. Dominica and Malta are linked.


A final note; remember accused domestic terrorist JOMIC CALLEJA ? He attempted to illegally import radioactive Polonium 210 in to Malta. Randall was reportedly poisoned during a trip to Montenegro. Who in Malta is not aware of the Montenegro-Malta connection, the Mozura Wind Farm scandal. There is also a Chinese issue here, but that's for another time, and another suspect in the Malta car bombing.


Add it all up: Did powerful forces on Dominica, fearing exposure by Randall of still more corruption, contract the hit out to their allies and associates in Malta ? Think about it.
Posted by Kenneth Rijock at Friday, September 04, 2020