IS THIS THE PRIMARY WITNESS AGAINST THE MALTAGATE MONEY LAUNDERING AND CORRUPTION DEFENDANTS ? 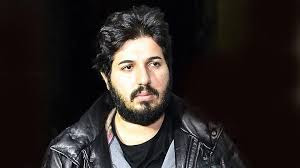 This is the Turkish-Iranian businessman, REZA ZARRAB; he went from being the multi-billion dollar Iran Oil-for-Gold sanctions team leader to an outlaw boldly stealing $2bn from his employer, the Government of Iran, to a convicted felon in US District Court, to a mysterious Cooperating Individual (CI), who may pose the greatest threat at trial against the Maltese nationals who assisted, directly and indirectly, in facilitating Iran's massive covert oil sales operation. His close relationship with the most senior individuals in the Government of Turkey, who nicknamed him "Goldfinger," where he operated his racketeering enterprise, and who assisted him there, confirm his status as a world class money launderer, whose only mistake was entering the Continental United States while on a family vacation.

Notwithstanding his guilty plea, Zarrab is enjoying what appears to be total freedom from being held in any type of custody, unlike typical Federal convicts, who must work off a sentence reduction, while incarcerated and serving their time. Zarrab's cooperation must be so usual that he has actually been seen eating at a Manhattan Sushi restaurant with a date. This is so far outside normal law enforcement protocol that he must have not only given extremely incriminating testimony before a Grand Jury, sufficient to obtain an indictment against powerful people. but must have promised to repeat that dynamite testimony at all upcoming trials. 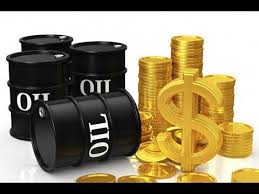 Given that Iranian-owned by Malta-based Pilatus Bank's primary purpose was always money laundering, and the transit of the proceeds of crime, its involvement in moving illegal Iranian oil profits has never been in doubt. The only question is how extensive the bank's facilitation of the illicit profits was, and who in Malta was involved, both inside and outside the government.

The assumption is that Zarrab's testimony in New York has resulted in several sealed indictments, which will eventually be unsealed, when one of more of the defendants are extradited from Malta, or detained elsewhere. We have noticed that international travel, by  any of the suspected individuals, has seriously declined. They are staying very close to home.

Since Grand Jury testimony is sealed, we do not expect to confirm Zarrab's cooperation until the eve of trial. Meanwhile, we must assume the targets have retained counsel, and are taking medication for their likely sleepless nights. Their long nightmare will begin soon enough.

NOTE: Readers who are wondering why I have coined the term "Maltagate" to describe the case, please understand that there is a factual basis for that decision, the reasons of which cannot be disclosed at this time, but which will shortly become painfully apparent to certain individuals.