VALLETTA THREE ARE NOW PLUS ONE 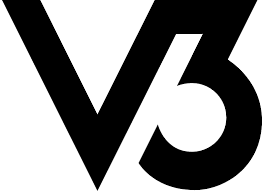 Apparently the three arrests which occurred in Malta this week have had an effect; according to a reliable source, an additional Maltese resident has approached American investigators, offering to cooperate, in exchange for favorable treatment from the US Department of Justice in the cases now known collectively as MaltaGate. His or her nationality is not known.

We imagine that many individuals in Malta who have been involved in dodgy financial transactions that could be found to constitute Conspiracy to Commit Money Laundering under the American criminal code became short of breath upon learning that Keith Schembri, the former Chief of State to ex-Prime Minister Joseph Muscat, was taken into custody, and subject to formal interrogation. They believe that they are also potential targets, irrespective of the level of their participation, and rightly fear extradition to an American courtroom where they could receive a sentence of decades of imprisonment. Those stakes would give anyone pause, especially targets whose attorneys have been candid about their chances of obtaining an acquittal, given the facts and evidence.

Given that attorneys for the earliest cooperators generally obtain the most favorable outcome for their clients in a complex criminal case, we can expect the list to grow, especially since sources have confirmed that local proceedings will not deter the ultimate filing of charges by the United States.