THE ALI SADR CASE OUTCOME, AND THE TRUE REASON BEHIND IT, CONTINUES TO BE A MYSTERY 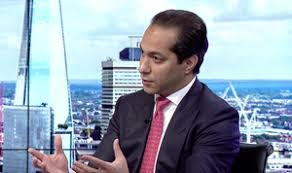 Either Ali Sadr Hasheminejad had his case dismissed due to an excessive number of egregious Brady violations, for which the District Judge wants the guilty parties' heads, OR an extremely favorable covert deal with senior SDNY prosecutors, including one who handles terrorism cases, has been struck, and the "controversy" is just a cover, OR perhaps a little of both. Take your pick, for the puzzle has not yet been solved.

It just gets curiouser and curiouser; here is the latest piece of the puzzle. If the SDNY is so manipulative and sneaky (which I doubt) about Brady tricks, why does it land on this particular case, which is perhaps the most important Iran oil-for-gold sanctions evasion case filed ? Is the judge being overbearing here, or is there more than meets the eye ? Are there National Security Issues here that we are not cleared to know about ?

Weeks after we first looked askance at the US Attorney's resolution of the case, we are still clueless, but the quest for truth goes on; Perhaps when we see the next major indictment in the Southern District, and you find Sadr's fingerprints on it, we might get a hint about what he really did contribute. 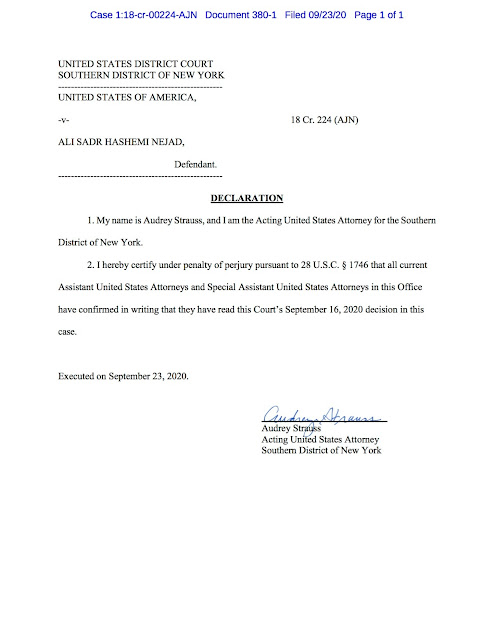