The Turkish state-owned financial institution, Halkbank, has objected to tomorrow's hearing on the bank's own Motion to Dismss. after it lost a Recusal motion, and a subsequent Motion to Stay the Proceedings while counsel seeks a Writ of Mandamus from the Second Circuit, to command the Court to disqualify itself. The judge had appeared in Turkey at a seminar on the law, and counsel has insisted that he cannot be fair and impartial, based upon his remarks on the Rule of Law.

The bank asserts that the judge cannot be fair and impartial. The attorney's letter to the Court appears below. 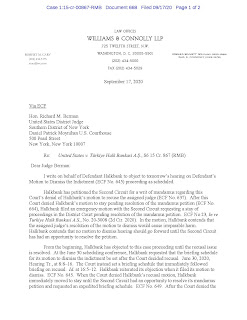 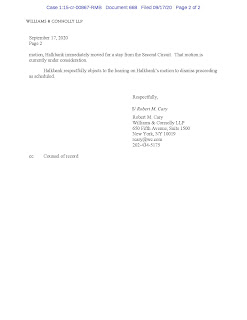