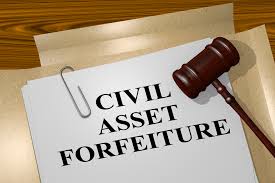 It appears that inquiries made by at least one of the three jurisdictions conducting global criminal investigations into money laundering and terrorist financing in the Republic of Malta has resulted in a fourth country having now opened its own investigation. It is probable that inquiries made in the fourth country, regarding bank accounts and real estate holdings of targets by one of the other country's investigative agencies, caused law enforcement agencies of the fourth country to make diligent inquiry, and, based upon information they obtained, conclude that there could be assets which were the proceeds of crime within its borders.

We have no details regarding whether this new investigation will end with the indictment of Maltese nationals and residents. It is said by our source that cases there will only focus on the seizure and forfeiture of local assets owned and controlled by targets of the American investigations. When such cases are filed, the burden of proof shifts to the record owner of the seized bank accounts and real estate, and they are required to prove that they were legitimately acquired, and that the Source of Funds can be shown to be from legal income or provable family wealth.

In most cases, the owner defaults, leaving the government to forfeit the assets, and add them to its national treasury. We are unable to disclose the identity of the specific jurisdiction which is the most recent to seek information on money laundering activity in Malta.