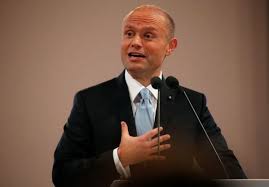 I have been inundated with readers who have heard a rumor to the effect that the disgraced ex-PM Joseph Muscat is being granted immunity from American prosecution for his alleged money laundering and other financial crimes. The story is going around is that the US Secretary of Defense, currently negotiating a Status of Forces (SOF) agreement to allow the US Navy to be based at Malta's maritime facilities, which were formerly a base of British naval operations during the colonial period and that Sec. Esper will give Muscat immunity exchange for a long-term agreement.

Nothing could be further from the truth; The Department of Defense, as  a matter of policy, does not have the legal power to immunize any targets of the US Department of Justice. My sources within US Government in law enforcement absolutely deny that any such arrangement has even been proposed, let alone be approved and implemented.  They go on to say that such a pipe dream is not only untrue, it is unthinkable. Furthermore, there is no information regarding such efforts being made by the present Prime Minister, and he would be wise to issue a public denial forthwith, lest he get drawn into this fiction.There is no factual basis for this rumor.

The US investigation into money laundering, corruption and Providing Material Support to a Designated Terrorist Organization continues to its conclusion.