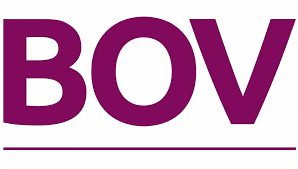 The illegal nationalization of what was then known as the National Bank of Malta by a prior Labour government, an illegal act of its then Prime Minister,  remains an open sore upon the soul of Malta. The Constitutional Court of Appeal confirmed that the nationalization of the bank, upon the bogus claims that the bank was insolvent, constituted a breach of the rights of eighty-two shareholders, who were illegally forced to surrender their holdings without compensation. The Rule of Law must be followed, if Malta is to ever be accepted by the international banking community.

The Labour Government has been acting in Bad Faith for years, failing to authorize the fair and proper amount of compensation. The shareholders have an absolute right to justice, and to regain control of their bank. The evidence showed that the allegations of insolvency was a fantasy contrived by Labour to take control of the bank. There is no dispute, but foot dragging over the amount constituted an excuse to delay for years. That's enough, Malta.

Labour's arrogant and utter failure to do the right thing regarding the original shareholders is about to backfire, for the upcoming American criminal cases against many of Labour's leaders will result in the disclosure of rampant money laundering, terrorist financing, and corrupt activity resulting in possession of the Proceeds of Crime, much of it passing through the bank. What penalties American regulatory agencies and prosecutors impose upon the bank at that point can only be speculated upon, but those could include denying the bank access to the US banking structure, which would operate as a death sentence, as the bank could no longer compete in the financial marketplace. Do the people of Malta really want the bank to be permanently closed ? We doubt it.

Let us seek a reversal of the nationalization of the bank, and return ownership to the original shareholders. Compensate the present shareholders in a fair manner. Take these steps before the inevitable hammer of justice comes down, so that the bank survives under new, meaning the original, owners. The name of the game is reform; the alternative is total loss.