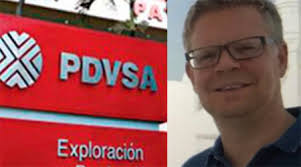 A quick look at the docket in the Matthias Krull case has yielded some additional clues which may help fill in the blanks regarding the pending Malta money laundering investigation. Yes, I know we just discussed the very recent court order freeing him from restrictions, and giving him an unusual additional six months to surrender, but this material came in since that order was entered.

Right after Mr. Krull was given a reprieve from entering prison, to commence his sentence, an unopposed motion To travel was granted. At the same time, a sealed document was filed with the Court; that is the fifth such filing in his case, which is generally a good indication he is cooperating against one or more targets. Remember, Krull has a ten (10) year sentence to serve; at all costs, he needs the Government to file a Rule 35 motion to reduce his sentence, so he simply must testify, whether before the Grand Jury, or at trial, to get his sentence lowered.

All the indicators point to Krull, whose laundering of millions of PDVSA Venezuelan capital 'diverted" to  Malta and elsewhere, and into his clients' control, being a principal witness against the Malta defendants. We shall continue to monitor all developments as they occur.