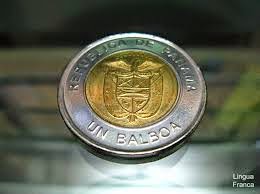 Yes, I know; none of the fifty-five known money launderers operating in the Republic of Panama has  ever been charged with criminal activity there. (most of them are Venezuelan nationals, but that's another story). Things may be changing, however, and here is why I am optimistic:

(1) A well-known Panama-based money laundering operation has been sanctioned by OFAC, and the principals arrested in Panama City. They are linked to narcotics trafficking, as well as the old Lebanese-Canadian Bank case.

(2) Panama is about to have a new president, and he has made no bones about cleaning house, regarding both corruption, and financial crime, in government.

(3) Literally all the sitting ministers, many of whom are now barred from visiting the United States, will be terminated by the new administration.

(4) Outgoing President Ricardo Martinelli, linked to a number of the usual suspects, including imprisoned master Ponzi schemer David Guzmán, should be leaving Panama shortly, as he is facing a corruption indictment in Italy, where he holds dual citizenship.

(5) The deteriorating economic situation in Venezuela should decrease the amount of "flight capital." meaning money looting from the governmental treasury, should decline.


(6) Panamanians, and resident expats, are frankly, sick of the money laundering and corruption. The question remains: will the country now choose reform over corruption, and a banking best practices approach to AML/CFT, rather than the "Wild West" form of banking that pervades the financial structure ? Only time will tell.