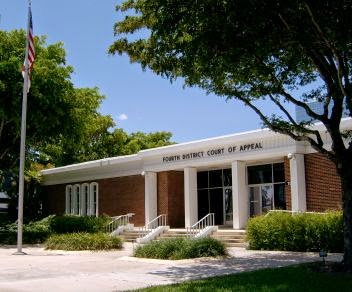 The Fourth District Court of Appeals of Florida decision*, holding that a judgment creditor could not, through court order, seize shares of stock if a debtor held in companies outside the United States, has been upheld as the Supreme Court of Florida declined to review the lower court decision. The DCA ruling stated that the trial court judge did not have the authority to order a debtor to turn over foreign share certificates to creditor's counsel, to pay a judgment.

The case involved a breach of contract between a Florida billionaire businessman, and the husband of the half-sister to Jordan's King Abdullah II. The plaintiff obtained a judgment for $28.8 million, which represented his portion of the profits in a venture involving the transport of fuel, through Jordan, for US military forces in the Iraq conflict.

The Defendant's holdings were held in companies located in:
(A) The Isle of Man
(B) The Bahamas
(C) The Netherlands
(D) Jordan
(E) The Dominican Republic

The plaintiff's attempt to seize the stock certificates, which were located outside the United States, was successful but the Appeals Court reversed, holding that it had no jurisdiction regarding assets overseas. The decision is a blow to the ability of creditors to recover upon judgments, when the assets of the debtor are in another country, and therefore not within the State of Florida. It will encourage the development of the growing asset protection industry in Florida, where professionals for high net-worth individuals advise their clients on the use of tactics that result in the inability of creditors to seize assets post-judgment.