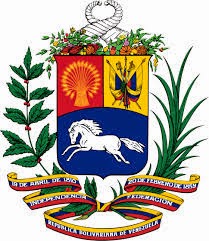 Some observers of the current political situation in Venezuela have noticed that the mainstream Opposition groups have softened their attacks on the government this month, backing off from demands made as recently as two weeks ago. What is disturbing about this change in attitude toward the regime  is that it has emerged despite over two hundred additional arrests including Opposition leaders, the killing of student protesters by aimed head shots believed to have come from snipers, and a hardening of the government's position towards freedom of the press. What's happening here ?

The answer may lie in an extension of the systemic corruption that pervades Venezuela to the Opposition itself. Expatriate Venezuelans, living in the United States, have charged that some of Venezuela's most powerful bankers, whose profits come largely from special business arrangements with  government departments, allowing them to earn obscene levels of profit, have literally paid off senior opposition leaders, in an effort to collapse all organized opposition to the government. Does this mean that even the Opposition has fallen prey to the easy money the Chavez/Maduro regime has generated to reward those who it favors ? If so, then abandon all hope for any regime change.

Before you write off these allegations as farfetched, consider this: it is these bankers who are most at risk for Crimes Against the State charges, should democracy return to Venezuela, for they have become billionaires, in many cases at the expense of the state treasury, and by excess profits earned illegally or unethically in a wide variety of financial ventures and operations. Of all the Bolivarian PEPs, they stand to lose the most, including their freedom, if the regime falls. Those $70m mansions in Palm Beach will end up seized, and life in prison, or an end far more violent, awaits them if the Opposition succeeds, so they corrupt even those who would reform the country, before they can.